Think Tank: You Can't Live in DC on a Think Tank Salary

The liberal think tank Economic Policy Institute (EPI) has developed a Family Budget Calculator that tallies the annual income needed to support a family of four to cover the cost of seven needs: transportation, food, housing, child care, taxes, and "other necessities."

Here is a chart from the Washington Post comparing the 10 largest US metro areas by population (including Washington, DC - the home of hundreds of think tanks) showing the annual cost of living.

It shows that in Washington, DC, if you work at a think tank and are the sole breadwinner with a family, you basically will not be able to live in Washington (unless you are at the upper echelons).  Happy think tanking!
Posted by Think Tank Watch at 8:45 AM

Do think tanks contribute to the fact that so many Americans are skeptical about climate change?  Here is more from a new Yale study, as detailed in the Washington Post:

Climate change has long been a highly polarizing topic in the United States, with Americans lining up on opposite sides depending on their politics and worldview. Now a scientific study sheds new light on the role played by corporate money in creating that divide.

The report, a systematic review of 20 years’ worth of data, highlights the connection between corporate funding and messages that raise doubts about the science of climate change and whether humans are responsible for the warming of the planet. The analysis suggests that corporations have used their wealth to amplify contrarian views and create an impression of greater scientific uncertainty than actually exists.

“The contrarian efforts have been so effective for the fact that they have made it difficult for ordinary Americans to even know who to trust,” said Justin Farrell, a Yale University sociologist and author of the study, released on Monday in the peer-reviewed journal, Proceedings of the National Academy of Science.

Numerous previous studies have examined how corporate-funded campaigns have helped shape individual views about global warming. But the Yale study takes what Farrell calls the “bird’s-eye view,” using computer analytics to systematically examine vast amounts of printed matter published by 164 groups—including think-tanks and lobbying firms—and more than 4,500 individuals who have been skeptical of mainstream scientific views on climate change.

The study analyzed the articles, policy papers and transcripts produced by these groups over a 20-year period. Then it separated the groups that received corporate funding from those that did not.

The results, Farrell said, revealed an “ecosystem of influence” within the corporate-backed groups. Those that received donations consistently promoted the same contrarian themes—casting doubt, for example, on whether higher levels of man-made carbon-dioxide in the atmosphere were harmful to the planet. There was no evidence of such coordination among the non-funded groups.

Neera Tanden, the President of the liberal think tank Center for American Progress (CAP) who has close ties to Hillary Clinton, is calling for a large percentage of females to hold Cabinet positions when the new US president takes office in 2017.  Here is more:


If half of the members of Canada’s Cabinet can be female, why couldn’t we get to 50 percent­, too? We’re talking about finding, at minimum, 11 women out of the almost 160 million in this country who could serve in the Cabinet at once...

What would that Cabinet look like? It’s not hard to imagine that, in 2017, a Michèle Flournoy, former undersecretary of defense for policy, could become the first female defense secretary, or a Sheryl Sandberg, COO of Facebook, could become the first woman as Treasury secretary. For a Republican Cabinet, New Mexico Gov. Susana Martinez would be more than qualified to lead the Justice Department, and South Carolina Gov. Nikki Haley would be a highly capable choice to head the Department of Homeland Security.

CAP is known to have greatly influenced a number of policies in the Obama Administration, and will likely have a massive influence on a Hillary administration should she become president.
Posted by Think Tank Watch at 1:14 PM

Will Snapping be the New Clapping at Think Tanks in 2016?

This from the New York Times:


In a culture ruled by the instant feedback loop of retweets, likes and hearts, the snap (and by “snap” we mean the old-fashioned act of brushing the thumb and middle finger against one another in an effort to make a popping sound) is more often being used as a quiet signal of agreement or appreciation in conferences, university auditoriums, poetry slams and even at dinner tables.

As opposed to a single snap, often affected with the sassy wag of a hand and the utterance, “Oh, snap!” to signify that someone has just been stung by a verbal zinger, snapping repeatedly for a sustained several seconds is a way for audience members and classroom denizens to express approval without completely disrupting a lecture, speech or performance.


Think Tank Watch is happy to report that in the conservative, stuffy, and button-down atmosphere of Washington, snapping is not being used at most think tanks.

TheBestSchools.org has just released a new list of the 50 most influential think tanks in the United States, compiled using a set of criteria that no other entity has done in the past.

The rankings are based on the popularity of a think tank's website, average yearly revenue of a think tank, average number of printed media references per year by outside organizations, and the number of categories in which a think tank was ranked by the University of Pennsylvania.

Think Tank Watch should point out that the list from TheBestSchools.org includes a number of institutions that are not generally considered think tanks.

Here is how the latest University of Pennsylvania think tank rankings have ranked what it considers to be the top think tanks.

Over the years there have been a number of different ways that people and organizations have ranked think tanks, including this one by the Center for Global Development (CGD).

Here is a ranking of think tanks by media citations from Fairness & Accuracy in Reporting (FAIR). 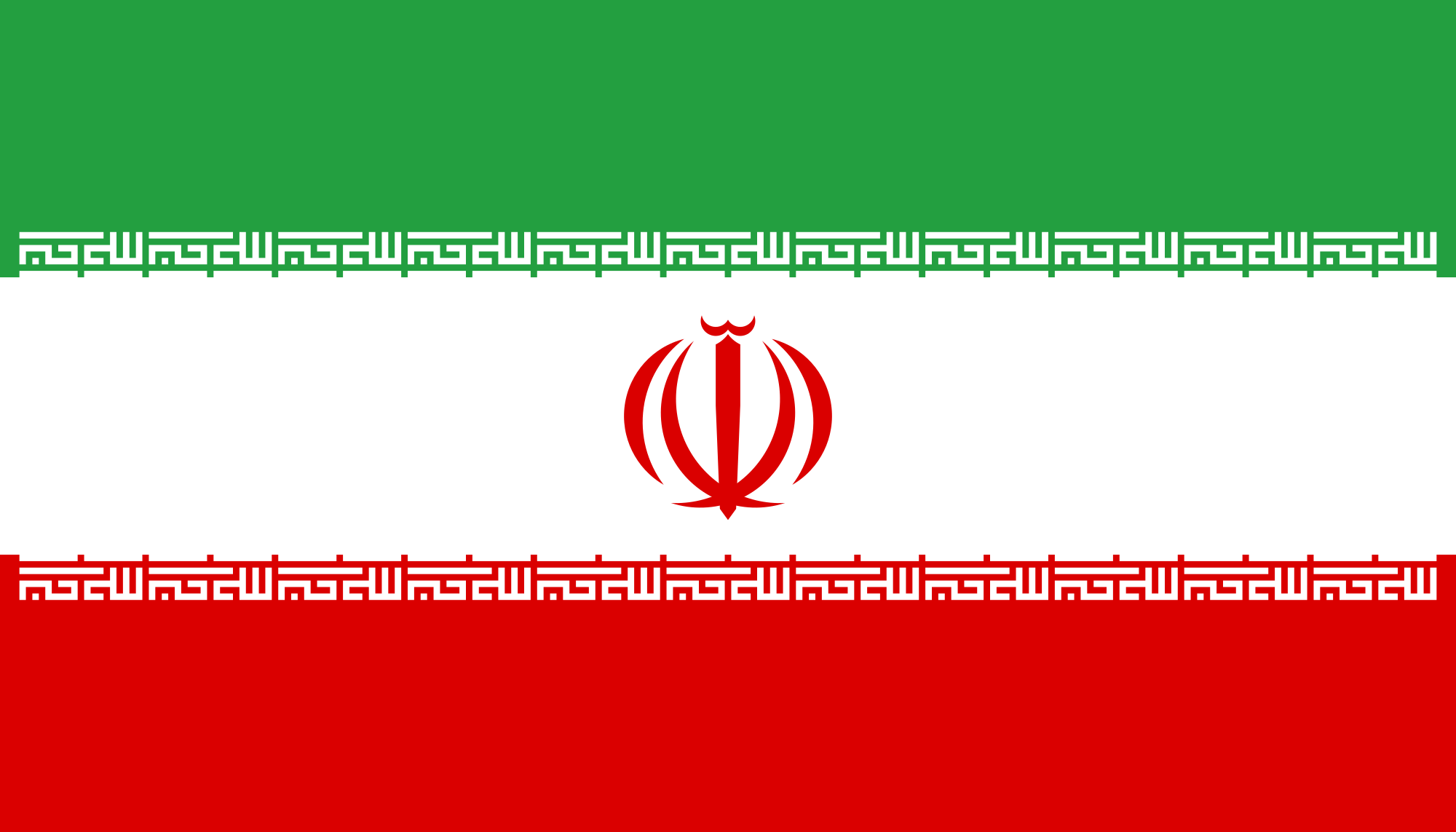 Head of New AIIB Invites US to Join Bank at Brookings

Jin Liquan, president-designate of the new China-led Asian Infrastructure Investment Bank (AIIB), formally invited the United States to join the bank during a talk at the Brookings Institution.

Here is how the New York Times framed the invitation:


He [Jin Liquan] is not giving up on the United States, even if his chances are remote.  "We have a standing invitation" for the United States to join the bank, Mr. Jin said, during an appearance at the Brookings Institution.  "Anytime you think you are ready, pick up the phone, give me a ring."


He made the comment at this event at Brookings.

CSIS President Has Warned of Cyber Pearl Harbor Since 90's

Dr. John Hamre, President and CEO of the Strategic and International Studies (CSIS), is warning of a cyber Pearl Harbor, saying that hostile foreign intelligence and militaries are prepared to wage war now.  Here is more from Dr. Hamre, who reflects on the term he had used for nearly two decades:


In November 1997 I was asked to testify at a Senate hearing concerning the growing worry about cybersecurity. At the time, I was deputy secretary of the Defense Department, and that hearing followed an unexplained electricity blackout in San Francisco that left 125,000 people in the dark for a day. Fears were rising that malicious hackers had somehow taken down the grid. I warned the Senate that America was facing the prospect of an “electronic Pearl Harbor.”

The phrase became a touchstone in the long national argument over cybersecurity, for better or worse. I was not the author of the phrase. That honor goes to a dear friend of mine, retired U.S. Air Force Gen. Tom Marsh, who had just led a national commission looking at cyber vulnerabilities. Tom came to my office to summarize the findings and used the Pearl Harbor metaphor.

I don’t regret using the Pearl Harbor analogy, but in retrospect it was a mistake to use the analogy when I did. We used the vocabulary of war, because that was what we do at the Defense Department. But for most Americans, war is the Pentagon’s business, not theirs.  Ninety-nine percent of American cyberspace is in the private sector, and at the time, the war metaphor didn’t connect. In fact, it backfired: It earned me notoriety as a demon in progressive left, cyber-libertarian circles. But it didn’t mobilize the national awareness of the peril we were in.


The full piece in Politico can be read here.  And here is a piece from 1997 documenting Hamre's comments on an electronic Pearl Harbor when he was at the Department of Defense.

Will Wilson Center Have to be Renamed?

As you may have heard by now, Princeton University students are demanding the removal of all references to former US president Woodrow Wilson.

That movement got Think Tank Watch wondering if people are going to start protesting about one of the US's top think tanks - Woodrow Wilson International Center for Scholars based in Washington, DC.

That think tank, also known as the Wilson Center, is chartered by the US Congress as the official memorial to President Woodrow Wilson, the 28th president of the United States.

If the name is forced to change, will its official office location also have to change?  After all, a part of its official address is "One Woodrow Wilson Plaza."

If the name changes, we were wondering what a good name would be.  Please send thoughts to info (at) thinktankwatch.com.  We will plan to publish the best ones.
Posted by Think Tank Watch at 3:18 PM