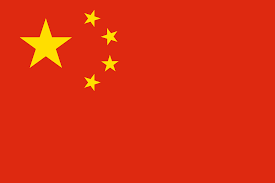 It is no secret that many think tanks are targeted by cyber spies.  Below is what today's Washington Post says.  It quotes scholars from two think tanks - Center for Strategic and International Studies (CSIS) and American Enterprise Institute (AEI) - which have both been hacked.


Start asking security experts which powerful Washington institutions have been penetrated by Chinese cyberspies, and this is the usual answer: almost all of them.

“The dark secret is there is no such thing as a secure unclassified network,” said James A. Lewis, a cybersecurity expert at the Center for Strategic and International Studies, which has been hacked in the past. “Law firms, think tanks, newspapers — if there’s something of interest, you should assume you’ve been penetrated.”

“They’re trying to make connections between prominent people who work at think tanks, prominent donors that they’ve heard of and how the government makes decisions,” said Dan Blumenthal, director of Asian studies at the American Enterprise Institute, which also has been hacked. “It’s a sophisticated intelligence-gathering effort at trying to make human-network linkages of people in power, whether they be in Congress or the executive branch.”


Here is a previous Think Tank Watch post on cyber spying which notes that the Brookings Institution has been the target of cyber spying.

Here is another Think Tank Watch post which notes that the Council on Foreign Relations (CFR) was attacked by Chinese cyber spies.

The Center for American Progress (CAP) was also recently hacked.

In other think tank hacking news, the Washington Post has just reported that Philip Mudd, a Senior Research Fellow at the New American Foundation (NAF), had his email hacked.
Posted by Think Tank Watch at 10:42 AM