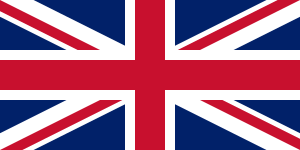 The well-known British defense and security think tank Royal United Services Institute (RUSI) has just named William Hague as its next Chairman.  Hague served as Member of Parliament for Richmond from 1989 to 2015.  From 2010 to 2014 he served as Foreign Secretary, and between 2014 and 2015 he was Leader of the House of Commons.

Hague will take over from Lord Hutton of Furness on September 1, 2015.

In the recent past RUSI has hired other well-known figures, including David Petraeus in 2013.

RUSI was founded in 1831 by the Duke of Wellington.  It is a British institution but has satellite offices in Doha, Tokyo, and Washington, DC.

RUSI was ranked as the world's 25th best non-US by the my recent University of Pennsylvania think tank rankings report.
Posted by Think Tank Watch at 1:13 PM