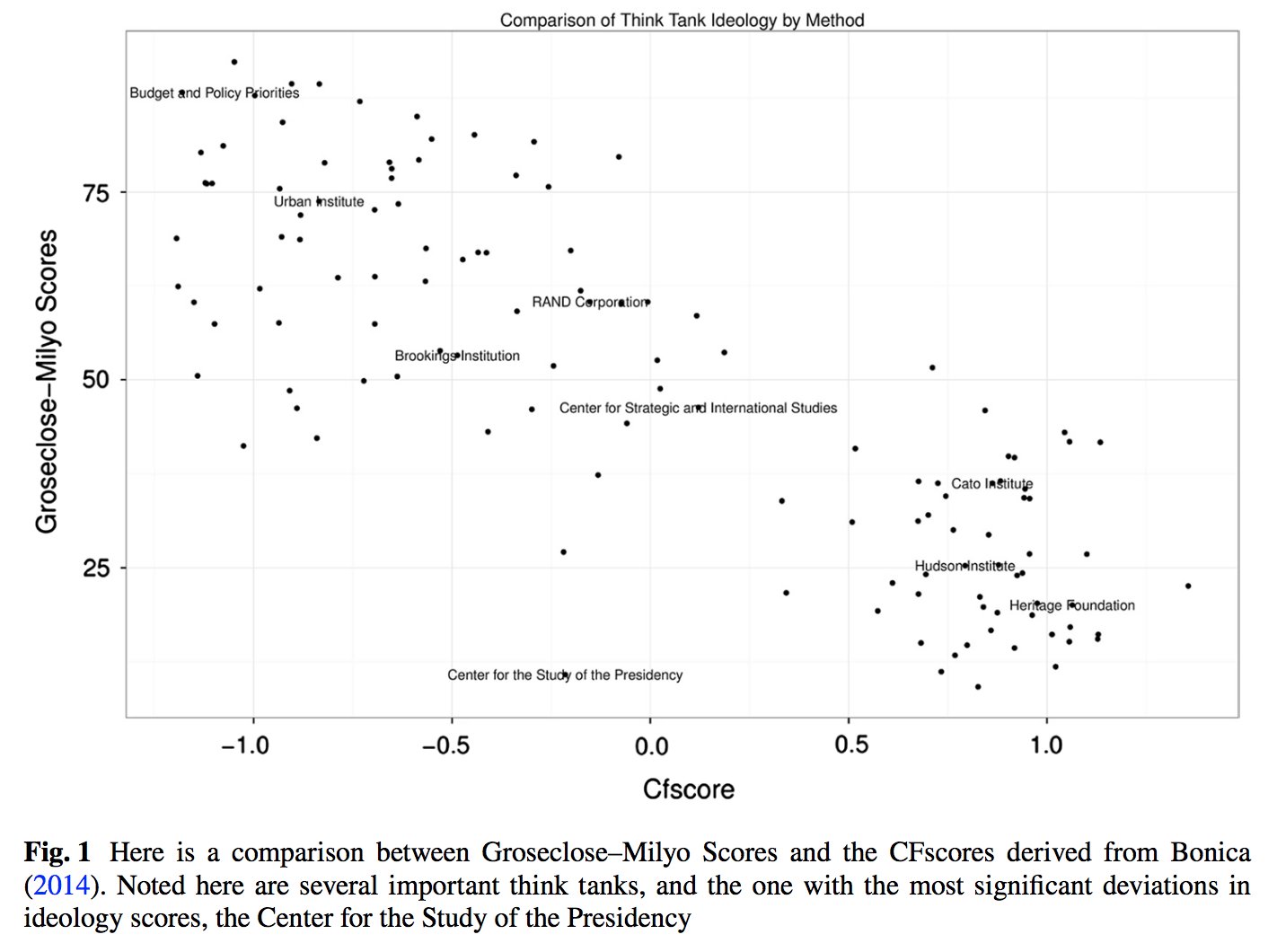 Here is the abstract of the study, by Dr. Joshua Lerner:


Skirting the lines between academic, promotional and advocacy organizations, think tanks spend an inordinate amount of time and money attempting to influence policy debates, all the while being legally barred from lobbying. Think tanks, unlike interest groups, do not bring with them electoral constituencies to advocate on behalf of, so the ways in which they persuade legislators to adopt their opinions cannot simply be electoral in nature. Using a dataset of think tank citations from congressional floor speeches and committee testimony records, I compare the influence of think tanks based on a new measure of their ideologies and, in doing so, show that think tanks engage in strategic ideological positioning to maximize their influence. An additional hypothesis examined is the relationship between think tank members’ previous work experiences in government with the organizations’ overall prominence. By treating think tanks as strategic actors in legislative politics, I show that think tanks’ ideological positioning affects directly how members of Congress engage with them, both by citing them in floor speeches and in calling them to testify, with more extreme think tanks being cited more frequently in floor speeches and more moderate think tanks called more often to testify.