Laura Rozen, a diplomatic correspondent at Al-Monitor, says that conservative think tanks aligned with President Donald Trump are "quietly preparing studies on the aftermath of war with North Korea."

Here is a thread from Twitter (via Ben Norton): 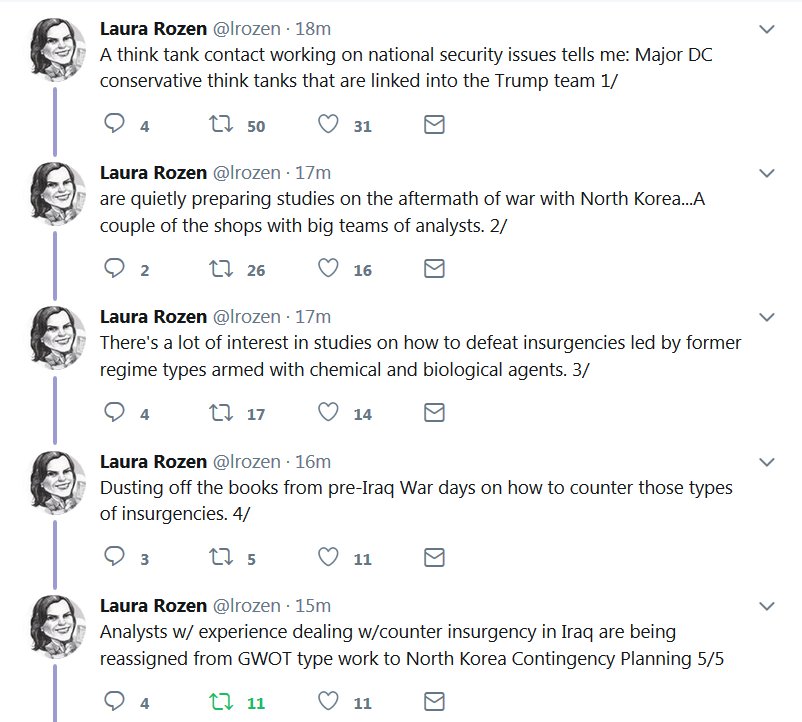 Another tweet says that she is "not entirely sure" which think tanks are preparing the studies, but "got the impression [they] might be linked up with" the Institute for the Study of War (ISW) and its affiliates.

ISW is a Washington, DC-based think tank founded in 2007 by Kimberly Kagan, a strong supporter of the controversial "surge" strategy in Iraq.